I’d been working on the commercial prototype of the fistglove™ since the early 90s and it was around that time I started contributing online to Terry Laughlin’s Total Immersion forums. Terry was always very focused on the balance and streamline side of the propulsion equation and he didn’t seem to me to be particularly interested in investing much time or energy talking about improving a swimmer’s catch, which was my obsession. In our conversations I found Terry to be quite bright, very articulate and surprisingly open minded. I believed, in time, he would eventually see the value in using my fistgloves™ to improve a swimmer’s “feel” for the water. I sent him monthly emails for over a year and a half and finally, in the fall of 1997, Terry asked me to send him a couple dozen pairs to evaluate. Here was his response after wearing a pair of fistgloves™ for the first time:

“I do recall the first time I really gave fistgloves™ an honest tryout and became an instant convert. I had just finished doing a workshop at St Martin's School in Metairie LA. I had an hour to spend at the pool and did as recommended. Swam with them for 20 min, then without. That was all it took.”

He began giving a pair of fistgloves™ to every TI camp and clinic participant and incorporated their use into his famous balance drills. He also coined the term, “the Fistglove™ Effect”. Here’s how he explained it to his campers:

“The first time I used fistgloves™, I experienced transformative change in awareness. As I wrote at the time, it felt like Alexander Popov’s hands had been magically grafted onto my arms.”

I coached swimming for 40 years and have used fistgloves™ with my swimmers at all levels during every phase of their training. My college women called the feeling they experienced when they took their fistgloves™ off “swimming with man hands” because their hands felt like the size of dinner plates. That degree of sensitivity allows them to pitch their hands at very precise angles to maximize their leverage on the water.

I used to call fistgloves™ “the Unpaddle” trying to piggyback on the famous “Uncola” ad campaign being run at the time by 7-UP. It turned out Terry agreed with my tongue in cheek description of the difference between paddles and fistgloves™ writing:

“I used paddles for over 20 years. I always felt significantly greater grip while I had them on. And I always felt ineffectual after taking them off. Fistgloves™ produce precisely the opposite effect: I struggle for grip with them on, and feel utterly amazing after removing them. What could be better than a practice aid that makes your ‘normal equipment’ feel extraordinary?”

In the past couple years Terry and I traded insights and experiences about how we were still learning to swim better at our advanced ages. I mentioned I felt wearing fistgloves™ a lot over the years had somehow trained my awareness in a way that I felt the once temporary hypersensitivity to the water’s pressure experienced when taking a pair of fistgloves™ off had become permanent. Terry said:

“I can testify that the effect is cumulative and lasting. Until I first used fistgloves™ I had no clue what 'feel' felt like. Or should feel like. But after using them pretty regularly for a few years, that feeling--temporary at first--became permanent. I've heightened it even further since then--I'd even say it's continuously improving. But first I had to know the sensation I was seeking.”

I’d been using fistgloves™ in one form or another (they’ve gone through half a dozen iterations) for almost 40 years. I’d never talked with anyone who had anywhere near as much experience with them as I had. It was apparent it didn’t take Terry 40 years to understand how profoundly their use affected his swimming. I discovered we both felt exactly the same way. Terry said:

“I can also say that the heightened sensitivity I now enjoy with my hands has led to being far more sensitive with my entire body. My body is now 'alive' to the water--and that aliveness is also still improving. It's remarkable how common it has become for me to remark--often on our Facebook group page--that I felt better than I ever have in practice that day. Not a small claim when one has been swimming for over half a century.”

My philosophy of feel, derived from my martial arts practice, eventually became my “Thoughts on Feel for the Water” which you can find here. The last question I posed to Terry in our decades long conversation was how he now felt about “feel”. He said:

“Mine continues to improve. It's noticeably better than a year ago. I used to think that feel was primarily in the hands. I now experience it as a whole-body sensation, in which I compare all senses to what my hands are telling me.” 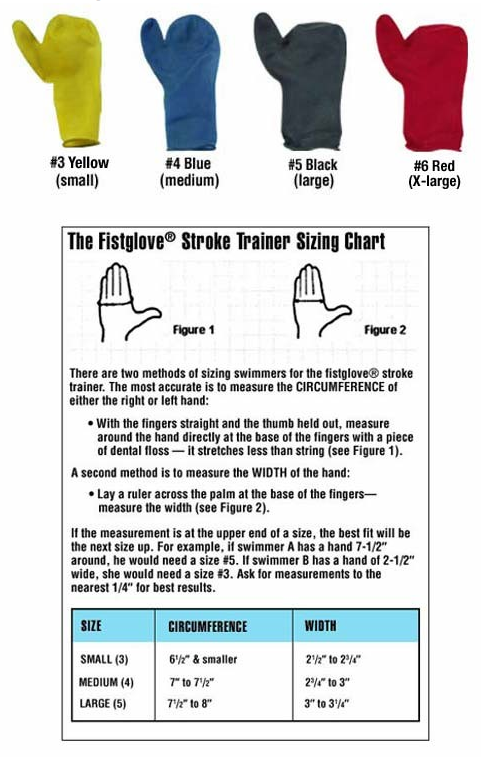 Thoughts on Feel for the Water
HOW TO PUT ON FISTGLOVE™